Our mission as coaches is to keep the children of Marple Newtown School District interested in the sport of wrestling in order to become high school wrestlers and better people. We are committed to the development of our wrestlers through the sport of wrestling and want to promote a sense of pride in ones community and sense of team unity in a sport that can be very self oriented. 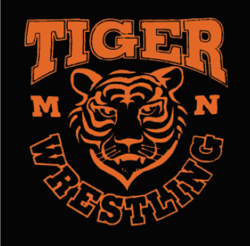 In 2010 Paxon Hallow Middle School coach, Charles Alexander, wanted to grow the sport of wrestling in the township. He had decent numbers with the middle school program and decided to run a spring clinic at the middle school. After seeing its success, members of the Marple Newtown wrestling community decided it was time to bring back the sport of wrestling to the community for good. In 2011 former Junior Tiger and Marple Newtown High School wrestlers succeeded in having the program admitted as a member into the nation’s largest youth wrestling league, the Inter County Wrestling League. In 2013 the program celebrated its first ICWL Champion. In 2014 we had our first state place winner, a 3rd place finish. Not long after in 2017 the program had a wrestler step on the very top of the podium at the state tournament. During our first years as a program we had 30 wrestlers but have grown to 80 in such a short period of time. 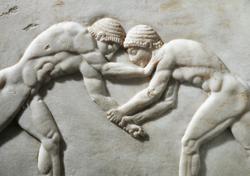 “The complete man must work, study and wrestle.” — Aristotle

It should not be a surprise that wrestling is the oldest sport in the world as it is seen in nature on a daily basis. It was and is our very human nature to wrestle for life. Wrestling dates back 15,000 years as is proof from ancient cave drawings found in France. But that is not the only area as paintings with illustrated wresters have been found in caves all over the world, from 7000 BC in Mongolia, from 6000 BC in Libya and in prehistoric caves in Japan. A papyrus fragment was found with wrestling instructions on it, dating somewhere between 100 and 200 AD. Wrestling is also present in ancient Greek and Indian literature as well as in The Old Testament.  Wrestling truly is a global sport with 180 national wrestling federations.  It is also important to point out that many nations have their own form of folk wrestling which has mostly stayed the same through the generations.  Our sport is an integral part of the Olympic movement and one of the founders of the ancient and modern Olympics. The reason wrestling is such a worldwide presence is because it accessible to anyone. It does not matter what economic background, race, height, weight, religion or gender. There are no bats or balls, or pucks or sticks. No pads or helmets. There's no time to rethink strategy, regroup, or even to catch your breath. There's only you, and your opponent of equal weight, age and size. Experience, preparation and the will to succeed will determine the victor. This is why Wrestling is known as the worlds oldest and greatest sport.